South Korea is making waves in the world of innovation by using unmanned drones for delivery, logistics, and travel industries!

South Korea is a country synonymous with innovation. Over the last 5 years, the innovations from Seoul have propelled South Korea to the top of several Innovation Indices. They’ve won multiple awards at CES, the world’s largest innovation platform. The country continues to forge ahead with its vision for the “cities of the future.”

Drone technology has exploded across the globe. Korean Air (KAL) has, since the 1990s, invested in unmanned aerial vehicles (UAVs) for military purposes. Drones have largely been confined to combat and reconnaissance until the last decade.

Commercial drone usage is becoming a thing fast, with UAV technology being named as one of the “eight leading innovative industries” by President Moon Jae-in’s administration in 2017. The declaration came with a basic yet ambitious roadmap. They have projected 60x growth in the market by 2026. There will be an establishment of a commercial drone ecosystem and a valuation of KRW 4.4 trillion.

If we are to take recent developments into account, they are way ahead of their schedule.

Drones in South Korea – What Does the City of the Future Look Like?

Seoul, would probably soon look a lot like that one scene from Spiderman: Far From Home, without the violence- a skyline dotted with drones.

South Korea is positioning itself as a leading beacon of the future tech world. And drones might just be its centerpiece. After all, Asia is expected to become the largest market for drones by 2024.

In 2019, South Korea unveiled the Act for Promoting Drone Usage as a government initiative that backs the development of drone technology for commercial use. It established test zones for UAVs to be experimented with freely. It also encourages investment, research and development into viable commercial applications of UAVs. This act also sets a precedent for UAV Traffic Management protocols.

Here are a few names that are stepping into the future with drone innovations:

Hyundai is a world leader in manufacturing vehicles, so it comes as no surprise that Korea’s top vehicular enterprise is focussing on the future of commute: aviation.

The company announced its ambitious plans for the “city of the future” at CES 2020 with what it calls the “Strategic Plan 2025”. This plan is built upon two pillars: Smart Mobility Device and Smart Mobility Services.

The first of these two has already been put into motion, as Hyundai partners with Uber Elevate to create the SA-1 Personal Air Vehicle (PAV) for Urban Air Mobility (UAM) with electronic vertical takeoff and landing technology. This PAV seats four, with a cruise speed of 290 km/h, cruising altitude of 300-600m, and a capacity to complete 60-mile trips.

The second initiative, the Purpose Built Vehicle, will act as a fully-customizable traveling unit reminiscent of a recreational vehicle but with far more scope for personalization. With state-of-the-art AI, 5G and infrastructural capabilities, Hyundai is shaping the future of commercial travel with drone technology.

Note: Drones as taxis are already being developed for South Korea. China-based Ehang is conducting successful trials and the UAM Team Korea aims to introduce flying taxis to Korea as early as 2025.

The first successful postal delivery done by a UAV was in November 2017, when a drone delivered goods to Deukryang Island from the post office in Geohyung County. The drone covered a distance of 4 km, carrying a payload weighing 8kgs.

While this seems like a regular achievement to some, it was a major breakthrough for South Korea’s postal service, which has a hard time navigating the mountainous terrain of mainland Korea, and its many islands.

They were able to increase the payload and flight capacity in 2018; South Korea could be receiving its mail by drone as early as this year (2021).

Another company has already started their delivery service, with its first successful launch occurring from Busan.

So far, their drones have been excellent in covering the 2km distance from the base to the ship. They have reduced delivery time as well as costs, seven times over.

They are also exploring the possibility of creating a “K-Drone” control tower system much like an air traffic control center.

The brothers behind Korea’s leading food delivery apps, Baedal Minjok, look to capture the top spot with drones; they want to do so by road.

The first test for this robot will take place in a residential and commercial complex in Suman in late 2021.

They have tested a drone system capable of covering a distance of 57.5km (overseas, no less) in 1 hour 56 secs.

They are now looking to apply this capacity to a larger scale, aiming to control and operate 100 delivery drones at once that will deliver goods across long, troublesome terrains, in conjunction with the Incheon Port Authority.

Gas station-cum-convenience chain GS Caltex (or GS25) has already conducted successful trials. They sent lunchboxes and drinks via drones to guesthouses and schools near one of their gas station hubs located in Jeju, Korea’s top resort.

This has given them the unique opportunity to become South Korea’s first convenience store to have its own drone fleet, with the gas stations acting as transit and fuel hubs.

The Ministry of Trade, Industry & Energy has commissioned a $15 million grant to create 22 such “Smart Gas Stations” by outfitting them with upgrades allowing commercial drone deliveries.

Drones: The New Birds Taking Over the Skyline of South Korea

South Korea’s penchant for technological innovation and integration into daily life seems to have no clear end in sight.

Their ambitious push towards a smart society and technology-based futuristic cities has been providing extremely promising results.

These names are just a few on the long list of K-Innovators who will help South Korea become a Country of the Future.

Drones are just the first step towards making that their present. 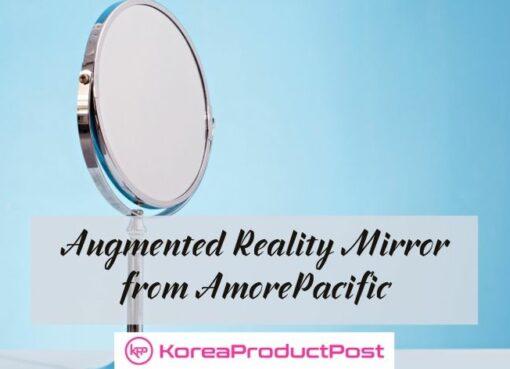