Any international fan of Joseon-era Sageuk K-Dramas is familiar with what a “Hanbok” is! These beautiful and ethereal garments worn by both men and women alike back in the late-Joseon era, of course, need no introduction to native South Koreans considering it is the national attire.

Up until recently, hanboks only saw the light of day as bridal attires for traditional Korean weddings or as costume pieces. Today, however, hanboks are witnessing a revival in popularity thanks to the Hallyu wave, albeit with a modern reinterpretation.

So what really led to this renewed interest, and does BTS have a role to play as always? Before we get to that, let’s learn a little more about the traditional hanboks and their modern counterparts.

What Is A Hanbok?

The hanbok is the traditional attire of South Korea, historically worn by men, women, and children.

There are slight differences in the layers or the silhouette between the hanboks meant for men and women. The most noticeable difference can be boiled down to the baji (trousers) and chima (skirt) for men and women, respectively. The upper garment is a jacket tied across the front called jeogori, typical waist-length for women and longer for men.

The hanbok is also worn in North Korea but is known there as “choson-ot.”

Hanbok Through The Ages

The standardized variant of the hanbok came to be some time around the late-Joseon era. If you go back in time, you’d find “proto” hanboks emerging way back in the Three Kingdom Period amongst the natives of the Northern  Korean region and erstwhile Manchuria.

Both men and women wore hanboks, obviously with some distinction in the silhouette owing to functionality. The aristocracy, nobles, wealthy merchants, common folk, and peasants alike wore the hanbok, but there were vast differences in the quality of the textile, lavishness of the embroidery, and so on to distinguish between the classes. Ceremonial hanboks or those reserved for special occasions were significantly more elaborate than those meant for daily wear.

After Korea came under Japanese rule, hanboks slowly faded out of fashion and paved the way for more Westernized attire.

Renewed Interest In The Hanbok

Owing to the global interest in South Korean culture today, the country’s youth are also rediscovering their cultural heritage. Hanboks are back in fashion but “modernized” to offer practicality and suit the aesthetic fusion of the East and the West. This modern reinterpretation is reflected in every aspect of the garment- from the silhouette and choice of textile to the color palettes and embroidery.

Hallyu And The Hanbok

ARMY, this is probably the part you have been waiting for – BTS and hanboks. Yes, BTS actually played a huge role in popularising the hanbok reinterpretations globally and definitely created a broader market for the garment. This, in turn, has inspired more and more Korean fashion houses to hop onto the hanbok bandwagon.

Hwang Leesle, the head of fashion house Leesle, is known for her contemporary reinterpretations of traditional hanboks, blending the traditional essence of the garment with the aesthetic and practical preferences of the modern consumer. Her brand’s philosophy? “Giving happiness to people wearing hanbok.”

The house of Leesle is best known for their collaboration with BTS’ Jimin, who was reportedly extremely comfortable during the performance thanks to the drop crotch and roomy thighs of the hanbok trousers, as well as with KARD, the hugely popular four-member co-ed K-pop group. The KARD collaboration was especially fruitful as the band members were involved in the design process. The end product? Four stunning contemporary hanboks to symbolize the King, Queen, Jack, and Ace of a deck of cards. The theme color picked for the collaboration was red, drawing from KARD’s 2020 EP Red Moon.

Another significant hanbok moment for BTS was the weeklong performance series for The Tonight Show Starring Jimmy Fallon at Gyeongbokgung Palace in September ’21. Their performance of IDOL for the show amassed over 100,000 international views in no time! Apart from the stunning choreography and visuals of the band, the highlight was the hanbok-inspired suits designed by Kim Rieul of the brand Rieul for BTS’ Suga and J-Hope.

Tchai Kim’s hanbok-inspired dress for Chungha featured in the December ’21 issue of Vogue Korea and was inspired by the Namsadang (wandering musical acrobatics performers) costumes.

Kim Danha, from the House of Danha, designed colorful floral hanbok dresses for the group Oh My Girl, which they wore while performing their 2020 hit, Nonstop, at the 35th Golden Disc Awards.

K-pop has definitely provided the most significant impetus to fashion designers coming up with innovative contemporary hanbok designs. Korean pop groups BTS, KARD, Chungha, Momoland, Zico, Ateez, Oh My Girl, and Golden Child have all worn fusion hanboks at some point, whether for CFs, music videos, or on stage. These include the 25 outfits created over time by Korean brands Leesle, C-Zann E, Hyeon, Guiroe, Rieul, Tchai Kim, and Danha. These outfits are now displayed at the Dongdaemun Design Plaza (DDP) at the heart of Seoul as part of theK-pop X Hanbok exhibition. Owing to COVID restrictions, 50 pre-booked spots are permissible per hour, but the tickets are free of charge.

The exhibition is a product of the collaboration between the Ministry of Culture, Sports and Tourism, and the Hanbok Advancement Center on the occasion of the Hanbok Culture Week of Spring 2021 that took place in mid-April. The aim of this event was to pick ten hanbok designers who would receive funding from the ministry and have an opportunity to collaborate with K-pop artists and create innovative work to further the popularity of hanboks.

Hanbok Reinterpretations And The Public Gaze

Back in the early days of Hanbok reinterpretations, the concept definitely met with significant backlash. Conservatives dismissed the contemporization of hanboks as a dilution of Korean cultural heritage and frowned upon the designs as lacking taste. Tchai Kim and Hwang Leesle have both faced significant criticism in their rookie days. They had to work for years and collaborate with multiple Hallyu artists before they could earn credibility in the public eye.

Today, however, things are vastly different, and the international audience is going gaga over the exotic yet modern Hanbok-inspired outfits on their favorite Hallyu artists. It is safe to say that hanbok reinterpretations are riding high on the Hallyu wave today. What Are the Most Popular Korean Smartwatch Brands? Korean Nail Art is Taking Over The World! 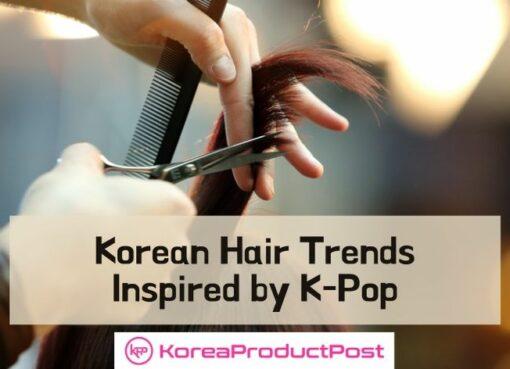