The popularity of the Webtoon series is enormous in South Korea. The rest of the world refers to them as toons, but Koreans refer to them as Manhwa. They are enthusiastic about their creations and give them realistic adaptations. Over the years, popular Korean webtoons have evolved into award-winning K-Drama adaptations. Some well-known webtoons have met this fate, and their popularity has skyrocketed. In Korea, popular webtoon platforms include Daum and Naver. These two have the most webtoons, and Naver is also available in English. The majority of the toons available here are transforming into K-Dramas.

Korean Webtoons and Their K-Drama Adaptations

Whether you’re interested in learning the backstory of your favorite K-Drama series or simply a webtoon fan, reading about the toons that inspired your favorite drama is fascinating. The following are some cartoons that walked this famous path; read them before watching the series. You will get answers to many burning questions related to the series.

The webtoon contradicts its title. Filled with scary monsters, school fights, and worldly problems, this one is a dark thriller. The webtoon is detailed and transforms one into a whole other world. The Sweet Home was published in 2018, and its drama adaptation came out in 2020. It starts with Lee Jin- wook, Lee-Si, and Song Kang. The live version is captivating and thrilling.

All of Us Are Dead

A Zombie thriller, this webtoon gained immense popularity right from its launch in 2009. The story revolves around a high school where zombies attack, and trapped students try to make their way out. It is a dark series. It has its selected fan following. The adaptation came forward in early 2021 and is titled All of us are dead. It starts with the famous Park Solomon, Jo Hi-hyun, Park Ji-hoo, and Yoon Chan-young. They play the lead amongst the student in the series.

Originally published with Daum Webtoons, this one was a hit right from its launch. Enchasing upon this opportunity, Daun converted it into a series from the beginning. It is only available in Korean. The drama version of Itaewon Class stars Park Seo-joon and ranks amongst the top 10 K-dramas out there.

The webtoon for this one is titles Amazing Rumours and is available on Duam. It is new as compared to its competitors, but the second session is already out. While it is only available in Korean, you can surely make out a few words and under it due to its realistic storytelling. It deals with supernatural elements. This webtoon revolves around the hero recruited as a hunter for evil spirits but does not qualify for it. You could read this one or watch its drama adaptation titled The Uncanny Counter.

One of the famous Korean webtoons is True Beauty. It has more than 100 webtoon episodes, and its K-Drama adaptations is recent. It is true to current times where Instagram beauty is far from the true identity of the individual. People connect with it more, and that is its reason for fame. It hits the right chords with people of all age groups. The lead character Jugyeong Lim transforms from a timid, low esteem person to a confident, flourishing individual the moment she has makeup on. The tug-of-war between inner beauty and worldly praise is the highlight of this series. Moon Ga-young plays the lead in its drama adaptation.

Another fantasy-based webtoon, this one, is based on a mystic healer that cures people in their dreams while running a mysterious night-time food truck. The webtoon title Twin Tops Bar started in 2016, while its K-Drama in 2020. Its acceptance is warm, and people and empathetic towards it.

While a series tries its best to incorporate every detail into a short time, some are still left out. Webtoons allow the creator to run free with illustrations and speech bubbles that give all details to whys and how. Many more Korean webtoons are likely to take the shape of K-Drama adaptations in the coming years. A Manhwa is enthralling and engaging by itself as well. However, if you wish to understand the complete story read about it on the webtoons link and enjoy the series starring your favorite actors. 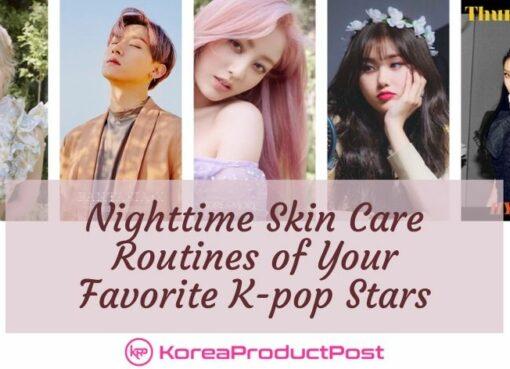