Looxid Labs is a Korean tech start-up that seamlessly integrates an emotion recognition system with the VR device LUCY using an eye and brain interface.

Korean startup Looxid Labs have unveiled a great cognitive care solution in the form of a VR headset. The headset is known as LUCY, and Looxid has put tons of technological advancements up its sleeves. It is set to take the world by storm with its incredible ability to improve the cognitive abilities of elderly people.

Found in 2015, A Korean startup called Looxid Labs has an intuitive cloud platform where it shows analytics of neurophysiological responses with the help of VR headsets. The headset captures EEG, which is a biosignal important to assess and train the user’s cognitive function.

Looxid has gained popularity with its debut in the TechCrunch Disrupt SF 2017. They participated as a battlefield and have caught consumers’ and media’s attention. The company has also won multiple awards, such as the “Best of Innovated Award” in CES 2018 for the VR/AR category and Gold Winner at the 2019 Golden Bridge Award.

LUCY is a VR (Virtual Reality) headset that is made explicitly for brain training via cognitive care solutions. The company behind LUCY, Looxid, creates VR for the age group of 50 and above. This means that Looxid Labs is targeting an older audience because it is at their age when certain cognitive issues arise.

LUCY aims to improve the cognitive function of older people by focusing on their memory, attention, focusing, and perception. Apart from the VR headset, which is LUCY, there is a native app that shows full health reports about the users. The way LUCY work is by capturing and interpreting the neurophysiological responses. To be more simplified, it collects data with the help of the behavior of the user.

Looxid implements powerful artificial intelligence and cloud-based technology in LUCY. In addition, they designed the VR and its application to be convenient and simple to use. The VR headset, in particular, has a lightweight structure to improve its portability. We can say that Looxid has made LUCY by keeping end-users comfortability in mind.

Not only does LUCY interpret behavior, but it also adapts and develops according to the user’s performance. The headset does that with the help of the technology inside of the headset and EGG sensors. The users will be in an immersive virtual experience, and at the same time, all of their activities will be monitored.

Why is Looxid Labs’ LUCY Important?

Statistics show that around a quarter of the US population is above the age of 65, and there is a high chance that a significant amount of those people suffer from cognitive problems. With the help of LUCY, brain training and cognitive support are accessible to anyone. These facilities can improve the well-being of the elderly. In addition, LUCY can also analyze users’ responses and understand patterns with the help of the latest AI technology. It does all its procedures with the help of training tools, biometric data, and driving cognitive assessment.

LUCY has the potential to improve the lifestyle of an age group that generally falls into age-related problems. Firstly, it improves their cognitive health and makes them more present. Secondly, elderly people who use LUCY will not feel isolated from the world, and they will be more connected with their surroundings. Brian Yongwook Chae said that people could use LUCY at their home or office convenience.

Its VR headset of LUCY collects brainwaves and eye movements. After that, all those collected data are sent to their cloud servers and provide insights to the users. Apart from that, there is also a multi-modal interaction where LUCY captures biometric data in real, allowing users and their caregivers’ information to progress.

Looxid Labs’ LUCY is a promising cognitive care solution and has many features up its sleeves. Elderly people can use it easily and improve their cognitive functions like memory, attention, perception, etc. There is no need to spend on expensive treatments when you can use LUCY comfortably at your home. Now The Oxford English Dictionary is Riding The Korean Wave 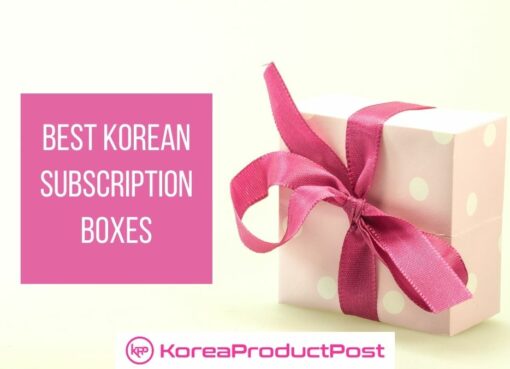 Best Korean Subscription Boxes To Get In 2021